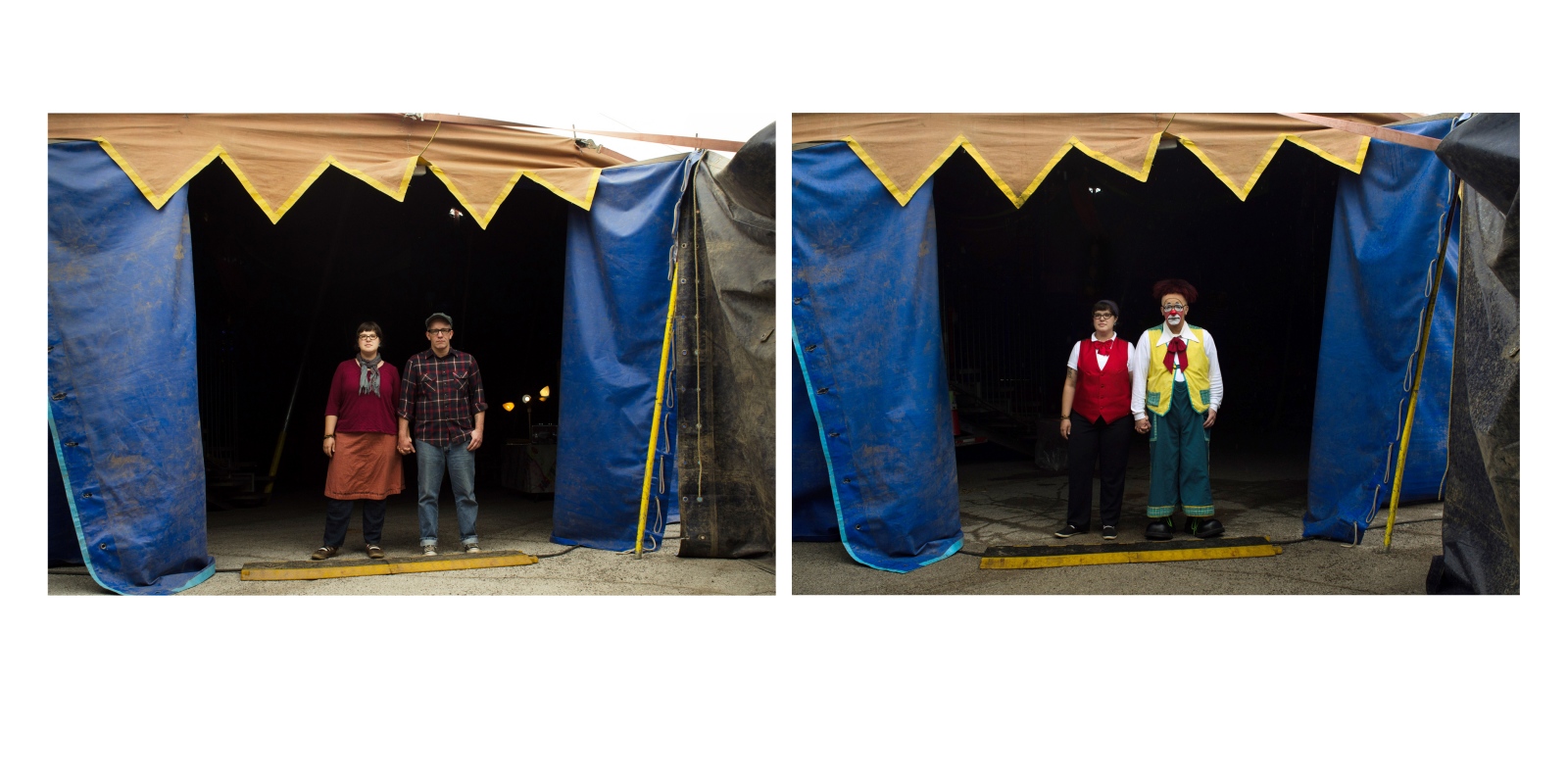 Behind the mask is a portrait series exploring concepts of social identity and visual perception and the relation between the two.

Behind the Mask is the first part of an ongoing portrait project consisting of portraits of circus performers in and out of wardrobe. The photographs in this series were taken within a three weeks period at the end of 2012 at the Kelly Miller Circus, where these performers worked and lived, and where I lived and documented our lives in The Mudshow Diaries. The aim was to show performers as the public sees them, and as they are in daily life, surrounded by their families.

My aim in this portrait series is to explore issues of identity and visual perception and how they relate, and to foster a conversation around the Other: to show our common humanity, beyond the clichés, the preconceptions, and the fears.

The portraits are designed to be dyptich images that are mirrors of each other. For that purpose, the portraits were taken in the same location and as close to the same time as possible, and the subjects were posed in the same positions.

I am interested in exploring concepts of identity and perception both public and private: visual identity as a personal but also social, ethnic and ultimately ethical creation. I would like to foster a reflection on the notion of identity and public perception as it relates to issues of exclusion and fear of the Other, be that immigrants or groups outside of the mainstream population. I feel this is especially important now, when the 2016 presidential campaigning is exacerbating political manipulation of underlying fears and misconceptions of people different.

Circus performers are a closed group and they are glaringly representing their occupation in their appearance. They are a subgroup of society that is instantly readable in the image they project; as such they are judged based on often subconscious images associated with the circus and its representations in the collective memory.

It is these collective representations and the images they carry that interests me in a moment in time when outsiders are increasingly stygmatized in the public debate. It is why I want to work on expanding the series into other groups, such as immigrants and refugees.